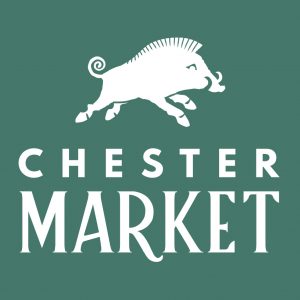 The new indoor market will open in summer 2022 with new branding and a logo incorporating a wild boar inspired by the site’s Roman heritage.

Chester Market is beginning a new chapter in its history with a move to a new purpose-built market hall at the heart of the Northgate development, currently under construction.

The new brand has been designed to be distinctive, memorable and exuberant; inspired by Chester’s heritage combined with a modern touch. The Northgate site is rich in Roman history, much of it built by the XX Legion, whose symbol was a wild boar. Their storerooms and barracks were beneath where the new market will be built so it is fitting that their legacy is honoured.

Once a familiar sight and food source in Cheshire, wild boars were sadly hunted to extinction by the Normans following their invasion in 1066.

The brand colours are also inspired by Chester’s past, with shades drawn from the city’s sandstone walls, a Viking copper brooch found on the Northgate site.

The typography is inspired by the text on the demolished Victorian market building facade and the elaborate Edwardian type of the Westminster Coach Works, which will remain as the new arcade entrance to the Northgate development.

The vision for the new market and a manifesto is also being launched, as a ‘modern traditional market’ to build on the rejuvenation of the existing market and amplify the experience with more traders, more variety and more space to enjoy it all. For more details see: www.newchester.market and on social media links via the website.

Leader of Cheshire West and Chester Council, Louise Gittins said: “Now that the long-awaited Northgate Phase 1 scheme is underway, I am pleased to unveil the new branding which looks forwards to a new phase in the city’s trading history as we create a modern, traditional market for Chester.

“I am committed to ensuring we take the best of the current market and introduce many new, fresh and exciting features to extend the range goods and services available – summed up by the new market’s slogan of Foods-Goods-Fun.”

Councillor Stuart Parker, Conservative Group Member of the Northgate Members Working Group, said: “I am delighted to see plans launched for the new market; this will be an exciting new chapter in Chester’s history so it is especially pleasing to see the Northgate site’s heritage being referenced in the branding.”

Goods have been traded in Chester for over 2,000 years. Although the setting for the new market will be modern in design and construction, Chester’s market charter was granted in 1159. Markets were originally hosted on the streets and Rows, with the focus in Market Square, outside the current Forum entrance.

The site of the new market has seen every part of Chester’s history, from housing Roman barracks and stores, to Saxon houses, Viking raiders, Medieval streets, Church missions, schools, a foundry and most recently the Town Hall bus interchange.

Captions
The new Chester Market logo and examples of how the branding will be used. 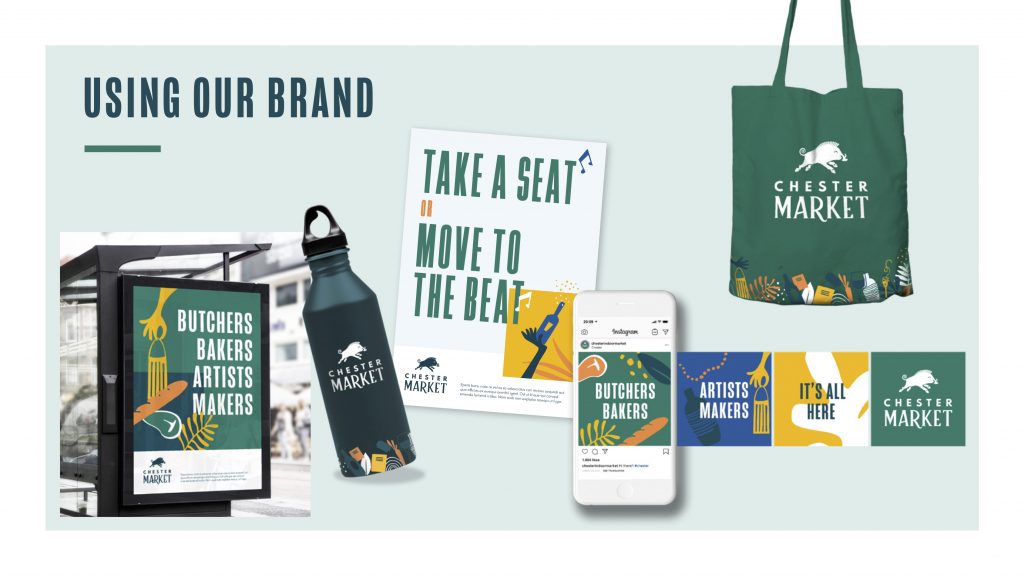