You are here: Home › News › Roman stone recovered from Northgate to be used in city walls repair
on 23 September 2020

Roman stone blocks found in excavations during the Chester Northgate’s construction are to be used to repair the city walls. 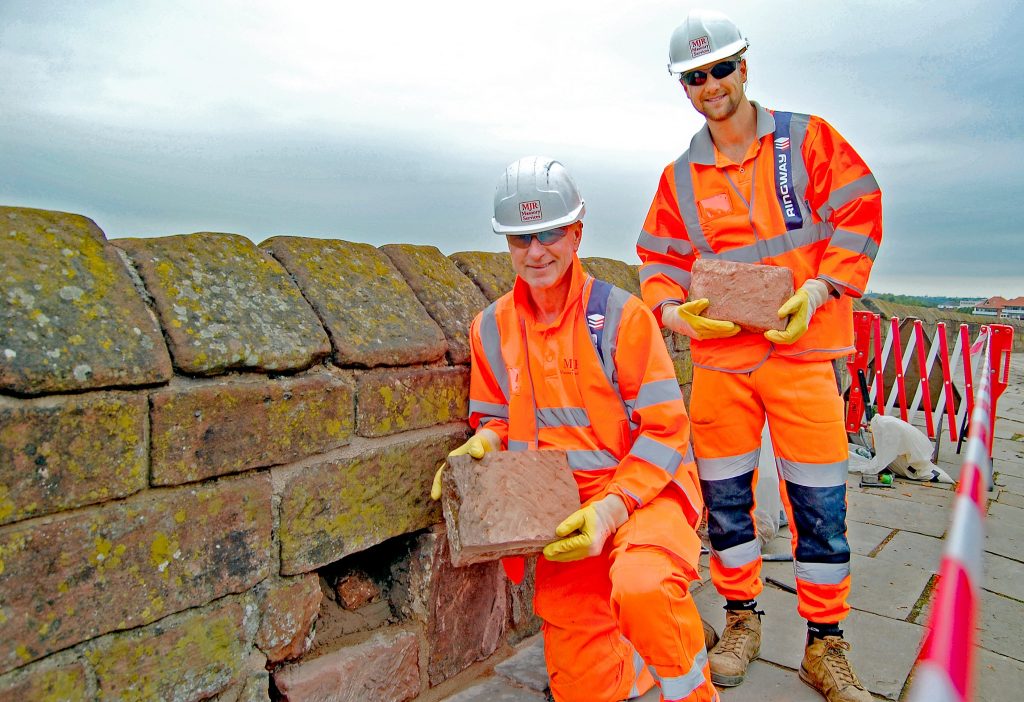 Contractor VINCI Construction UK and archaeologists Oxford Archaeology have been working together to find signs of Roman life and other historical artefacts since work started on site in July.

Archaeologists believe the red sandstone blocks are likely to have been quarried locally in either the Groves area near the river or in the vicinity of Delamere Street and George Street, around two thousand years ago.

The blocks will be dressed ready for use in repairing the city walls to provide a perfect match with sandstone used when the walls were first built.

Cllr Karen Shore, Deputy Leader and Cabinet Member for Environment, Highways and Strategic Transport said: “It is very pleasing to be able to ‘recycle’ these stone blocks and help repair our city walls for future generations to enjoy.

“Thanks to the careful work of the archaeologists and the skill of our stonemasons we can continue to enjoy the unique look of Cheshire’s red sandstone.”

Garry Bowker, Regional Director for the Northwest of VINCI Construction UK Limited said: “We are delighted to help preserve Chester’s past and give new life to these stone blocks first used by our Roman predecessors building in Chester thousands of years ago.”